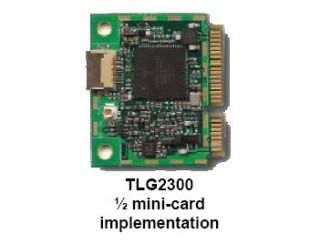 Telegent has developed a new single-chip TV receiver that will allow laptop manufacturers to bring Freeview enabled computers out of the box.

The TLG2300 offers both digital and analogue television integration on a chip, opening up the possibility that your netbook or laptop will come fully equipped to act as a digital television.

We've contacted Telegent Systems to find out just how effective the chip is without an external aerial, but the early suggestions are that it should work fine.

"With the technical innovation delivered by the TLG2300, live TV can now become a standard feature in PCs, laptops and other portable devices" said Weijie Yun, president and CEO of Telegent Systems.

"TV is a particularly intuitive feature for media-centric devices such as netbooks and MIDs that allows manufacturers to differentiate their products and penetrate non-digital and emerging markets where analog support is required."

The TLG2300 supports analogue PAL/NTSC) and DVB-T digital, so don't expect Freeview HD until the chip is upgraded to support DVB-T2 and, of course, the service actually launches.