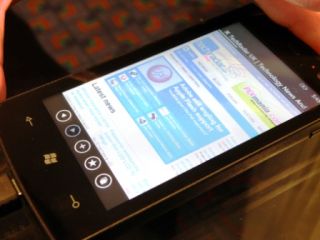 Windows Phone 7 Series took another battering after it was announced it won't support cut and paste.

After using it as a tool to mock Apple with in the past, Microsoft has admitted that the new mobile OS won't have the ability to use a clipboard.

According to Engadget, Windows Phone 7 Series won't carry the functionality simply because users don't want it - so says Microsoft.

There is of course the chance that copy and paste will turn up in future releases, in much the same way that multi-tasking for third party apps will probably appear too.

But we're not sure about Microsoft's 'nobody wants it' stance - copy and paste functionality might not be the most important thing in the world, but it's certainly handy to have.

So releasing phones with no multi-tasking, no copy and paste and no Flash video support? That sounds eerily familiar - perhaps Microsoft doesn't need to follow Apple's path THAT exactly.