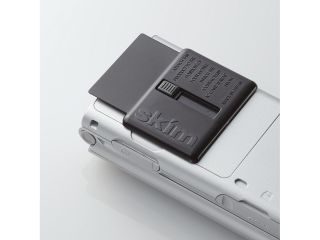 The Skim Black range consists of three kinds of product

As you may know, IC cards are massively popular in Japan, with dedicated travel passes being de rigeur and phones with chips that act as e-money becoming increasingly popular. Accordingly, Elecom has just released barrier devices that effectively shut down IC activity until such times as the owner actually wants to use their device.

The Skim Black range consists of three kinds of product - the credit-card sized SKM-C001 (JPY1,260, £5.40) for wallets, the SKM-K001 (JPY2,310, £10), which sticks on to a mobile phone to keep it safe from prying eyes and the SKM-S series of inserts for irregular-shaped purses and wallets.

The wallet shields cuts out 99.9 per cent of radio waves, making it impossible for a crook to surreptitiously wave a portable RFID reader near a pocket or bag to steal, or 'skim', precious data, which could then be used to clone a card.

The phone unit does the same for IC-enabled handsets and has a slider switch to move the barrier away from the chip, allowing it to be used.

As many Japanese ATMs can be accessed with just a wave of such a card or phone, the potential for crime is obvious, so let's hope the predicted IC-related crime wave has been nipped in the bud. J Mark Lytle