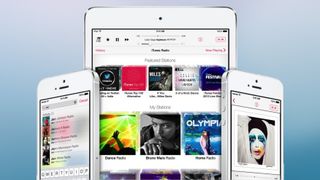 Home Sharing for music will be back in iOS 9

A little under a week ago Apple's iOS 8.4 update killed off Home Sharing for music, removing a much-loved feature.

If you're one of the people already missing it, rejoice! It seems Apple's Home Sharing for music feature is set to return in iOS 9.

An Apple fan tweeted Apple's SVP of Internet Software and Services, Eddy Cue, with "Hey @cue, I hope I don't have to be @taylorswift13 to get you to restore Home Sharing for music! #ios84".

Cue then replied, "We are working to have Home Sharing in iOS 9."

Return of the tracks

He didn't divulge anymore details on the return of Home Sharing for music but at least Apple is working on the problem, be it licensing agreements with record labels or software issues.

We know quite a bit about iOS 9 but the release date isn't yet set in stone, though we'd say September is a good bet.