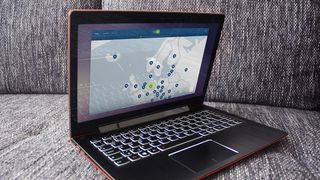 Popular VPN provider NordVPN has terminated its seven day free trial offer but has kept its 30 day money back guarantee amidst widespread abuse by its service by scammers.

A spokesperson for the company revealed that such abuse was so significant that it took a toll on their infrastructure and harmed their services in multiple ways.

The company was the only major VPN to offer a free trial; ExpressVPN, Hotspot Shield and IPVanish all have money back guarantee setup instead.

Panama-registered NordVPN ranks second on our best VPN list and has more than one million customers worldwide using 5,200 servers in 60 countries. It provides whitelabel services to a number of partners including Bullguard.

The news comes days after its advert about public Wi-Fi in the UK was banned by the regulator for UK’s advertising industry, ASA. The Advertising Standards Authority said that the advert exaggerated the risk of data theft without using a VPN service.