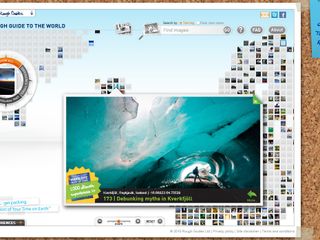 Microsoft has confirmed that it will start to offer Internet Explorer 9 through Windows Update from 18 April to Windows 7 and Vista customers.

Customers who use the last two incarnations of Windows will be given the option of updating to IE9, although Microsoft is at pains to point out that it will not auto-install the browser.

"On 18 April, a little over a month after the final release of IE9, we will be ready to start the rollout of IE9 to our Windows 7 and Windows Vista customers," confirmed Microsoft's Roger Capriotti.

"We will offer IE9 to customers via a gradual rollout and expect the rollout to be largely complete by the end of June," he added

"Similar to our approach for IE8, we will use Windows Update to deliver IE9 to users. IE9 will not install automatically on machines. Users will have to agree to install IE9."

Microsoft used its MIX conference this week to show off the early stages of Internet Explorer 10, but the company has been buoyed by the reaction to IE9.

IE9 represents the software giant's latest push to keep its dominant market share, with mounting competition from the likes of Mozilla Apple and – coming up on the rail – Google with Chrome.