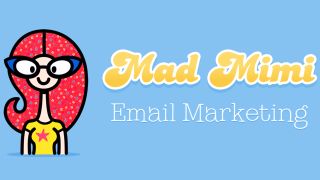 GoDaddy, the online business better known for its domain name services and its TV adverts, has acquired the popular email marketing company Mad Mimi for an undisclosed sum.

Not a lot will change for now although Gary Levitt, the CEO of Mad Mimi conceded that the company will be fully integrated as a part of GoDaddy and will be under their name, "eventually".

But there's no plan for the current team to leave and both cofounders stated that they were "indeed staying on indefinitely".

Levitt also addressed a number of past concerns about GoDaddy including sexist advertising, animal rights and the controversial SOP (Stop Online Piracy) act in an open FAQ.

GoDaddy on an acquisition spree

GoDaddy will replace its "Easy Email Marketing" service with Mad Mimi and will add the latter's 250,000 customers (most of them businesses) to its 12 million customers.

Mad Mimi is the latest in GoDaddy's acquisition spree that saw it buy a slew of companies (Locu, Media Temple, Ronin, Afternic, M.dot, Canary and Outright) in less than a year.

The remaining Mad Mimi competitors include Mail Chimp, Aweber and Targethero. The acquisition shows that the email marketing still plays an important role for small businesses.