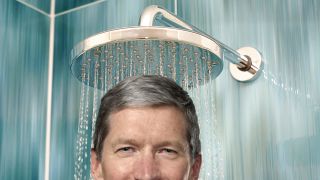 If there's one thing that can align even the fiercest of rivals, it's hygiene. Or at least it seems to have worked for Apple CEO Tim Cook and Alphabet's Eric Schmidt, who are both investing in a new showerhead startup called Nebia.

The startup, which is being financially backed by the Apple chief as well as the chief exec of Google's new parent company and, has already shot past its Kickstarter goal.

The showerhead reduces water consumption by 70%, while the head's nozzles release water in a way that means more water actually touches you - or so Nebia claims.

Google's already made a big play in smarter homes with its acquisition of Nest and the announcement of Brillo, while Apple has HomeKit, its own framework for tying your house's devices together.

Nebia isn't a connected device, but it's interesting to see support from both Apple and Google, which will be spending the next few years gradually moving further into your home.