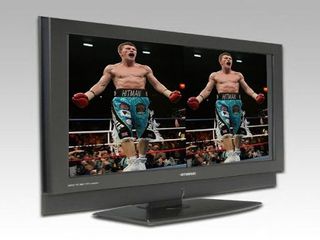 Mexico City played host to the world's first football game broadcast in full 3D this month, with Sunday's "big" game between America and Guadalajara broadcast at the packed Azteca stadium in the city.

America won 1-0 after an early goal by Colombian Aquivaldo Mosquera.

25-year-old fan Claudia Fernandez told Reuters: "It was incredible... I'd already seen films in this format, but watch a football match, never, and I don't regret it because it's much more exciting."

More 3D games on the way

Fans in Guadalajara and Monterrey were also treated to 3D broadcasts of the match in local cinemas in 3D, courtesy of Televisa.

Meanwhile, Sky plans to release the UK's first home broadcast channel in 3D at some point in 2010.