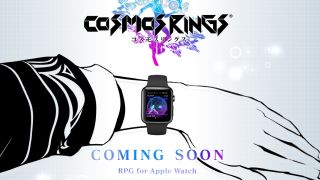 The world's first Apple Watch RPG, which was revealed by a teaser site just last week, has been released today.

The regular price of the game will be £6.99 (full US and AU prices to be confirmed soon) after August 31.

The game makes use of both the Digital Crown on the watch and the built-in pedometer to drive various gameplay mechanics which include time travel.

So it's reassuring to know that this will not just be a smartphone game scaled down to an even smaller screen.

Whether it's possible to fit a full-scale RPG into the Apple Watch's diminuative size remains to be seen, but we're interested to see what developers end up doing with the device.