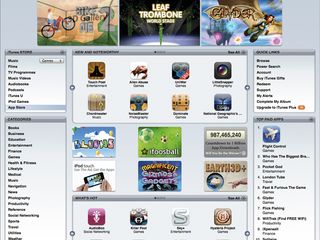 Apple struggling to prove that customers are 'confused' by Amazon's Appstore

Apple is likely to lose its court battle to prevent Amazon using the term Appstore for its mobile app offering, according to the judge presiding over the case.

Bloomberg reports that US District Judge Phillys Hamilton admitted that she is "probably" going to deny Apple's request following a hearing in Oakland, California on Tuesday.

Judge Hamilton says that Apple has been unable to demonstrate that Amazon's naming has created confusion among consumers.

No evidence of confusion

During the hearing, she said that Apple had so-far failed to offer "real evidence of actual confusion" among customers which is a "stumbling block" for the company

"I'm troubled by the showing that you've made so far, but that's where you're likely not to prevail at this early juncture," she added.

Amazon raised the ire of Apple back in March when it decided use the term Appstore for its Android app shop, claiming that its own App Store holds that trademark.

Amazon wants the trademark infringement case to be dismissed, clearing the way for them, and perhaps others, to use the term.

The court proceedings may have implications for Microsoft's ongoing battle to open up the name "Appstore" for its own Windows Phone platform.