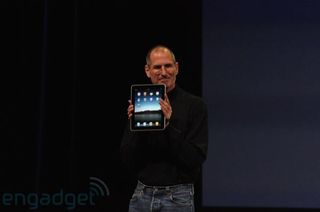 Will the real Steve Jobs please stand up?

Dan Lyons - better known for penning the hilarious 'Fake Steve Jobs' blog – has teamed up with one of the writers of classic US comedies Seinfeld and Curb Your Enthusiasm, to create a new TV comedy that satirises the culture of Silicon Valley.

The aim of the comedy is clearly to satirise and poke fun at the culture of Silicon Valley and its superbrands such as Apple, hence Dan Lyons being involved in writing the show.

If the show can match some of the highlights of Lyons' The Secret Diary of Steve Jobs we will surely be in for something of a treat.

iCON is already being hyped as "nothing less than a modern Citizen Kane" and will be distributed via all of EPIX's channels — cable TV, the streaming video site and the video-on-demand service.