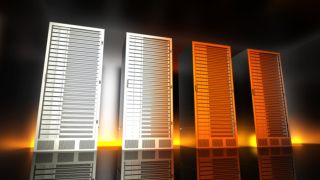 SanDisk has reached an agreement to acquire Fusion-io for $1.1 billion (about £650 million, or AU $1.17 billion), the companies said in a statement. The acquisition is designed to enable SanDisk to build data centers enhanced by flash technology.

SanDisk Corporation provides flash storage solutions to enterprises of all sizes. By acquiring Fusion-io SanDisk beefs up its catalog of flash memory products - particularly flash products designed for big data and analytics. Fusion-io has a client roster of more than 7,000 customers in more 80 countries.

Apple Co-Founder Steve Wozniak is Fusion-io's Chief Scientist. It is immediately unclear what his position will be under SanDisk.

Fusion-io was founded in 2005 as Canvas Technologies. The Cottonwood, Utah-based company filed an IPO in 2011 for an initial valuation of $2 billion. The same summer, Fusion-io acquired flash caching technology company IO Turbine for $95 million (about £55.95 million, or AU $1.02 million). The company has posted a revenue loss for the past five quarters.