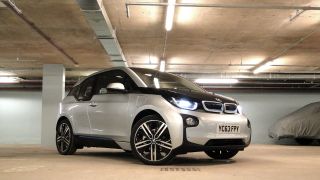 A new report is claiming that Apple may have been in talks with BMW last year in regards to electric cars, giving us more evidence of Apple's interest in cars.

According to the German site Manager Magazin, Apple executives, including CEO Tim Cook, had visited BMW's Leipzig facility to see the production of the i3 electric car last year.

The publication further claims that Cook was interested in the body of the i3 model as a platform for Apple's own car, and that negotiations had started late 2014, but were soon broken off.

Of course, it is unlikely either company will confirm any of the details listed above, but the report does give us further reason to believe that Apple is working on its own electric car.

Even more so as, last week, Apple had hired Doug Betts, an automotive industry veteran who had, until last year, been working at Fiat Chrysler Automobiles.

There had also been reports of Apple visiting other car manufacturers earlier this year, as well as hiring the head of research and development from Mercedes-Benz's North American R&D lab.