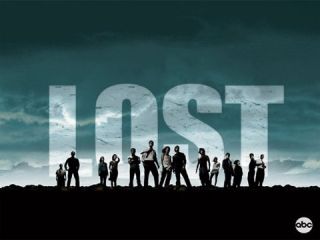 Lost - a favourite for web pirates

TorrentFreak has announced the films and TV shows most popular with illegal downloaders this week, with sci-fi head-scrambler Lost and CGI animal caper Madascar: Escape 2 Africa picking up the most-pirated honours.

The new episodes of Lost, now in its fifth season on Sky One, have been downloaded a total of two million times via bit-torrent, making it the most downloaded show in the last week.

The show already has the accolade of being the most downloaded of 2008 and if the new figures are anything to go by, then this is a trend which is set to continue.

Both of these films have a log way to go before they become 2009's most-pirated, however, with The Dark Knight taking the dubious honour of being 2008's most ripped (off) film. To get the accolade, the film was downloaded around seven million times.

This didn't stop the film from selling three million copies in the USA, Canada and the UK in its first day. It is also the most-bought Blu-ray disc ever – proving that even when the film is available for free, consumers will pay full price for picture quality.