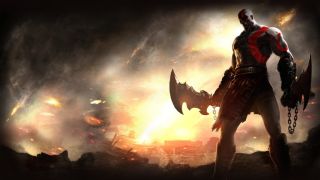 When it was first announced in 2003, Sony’s PSP was a revelation in a handheld market dominated by Nintendo. Intended to be a home console in your pocket, it was powerful and a success. Unfortunately, it was also a touch heavy, rather expensive and just didn’t quite manage to live up to its potential. That said, anyone who can still remember the novelty it presented and the fantastic library of games it had to offer will feel a fondness for it.

Eventually the PSP line was replaced by the far more sleek but less successful Vita but thanks to backwards compatibility, it’s fantastic games won’t be forgotten. Whether you’ve got a PS Vita and you want to take a trip to a previous generation or you’ve managed to nab a second hand PSP, you’re going to need some games to play on it. We’ve put together this list of the best, so that you don’t miss out on any of the greats.

In their wait for Kingdom Hearts 3, and it’s been a very long wait, Kingdom Hearts fans haven’t been totally bereft of new releases. Birth by Sleep is one of the good ones and it’s an essential play for big fans of the series, adding plenty of lore as a prequel to the original Kingdom Hearts. Being a prequel, it’s also a great title for those who haven’t played the series.

It stands a little different to previous Kingdom Hearts entries thanks to its new battle system and the fact that it centers on heroes Terra, Aqua and Ventus rather than Sora. However, this battle system is excellent for PSP and the ability to move between the unique abilities of the different heros adds another enjoyable layer to gameplay.

It was pretty thrilling seeing a proper Grand Theft Auto in handheld form and it helped that it was spinning off from the fantastic Vice City. Vice City Stories wasn't quite as enjoyable as a console-based Grand Theft Auto adventure, but it was better and more full than Liberty City Stories, which came before it.

It also brought a new story to the table, set two years before the mainline Vice City title, so it was nice to see something that was more than just a straight port. There’s nothing innovative or game-changing in Vice City Stories’ gameplay – it really is just Grand Theft Auto on the go – but if you want nothing more than that then we suggest you give this a try.

God of War: Ghost of Sparta

It’s kind of hard to believe that the PSP could contain Kratos and still allow him to be his formidable self, but Ghost of Sparta manages it. This game will be enjoyed by anyone invested in the God of War story and universe. Not only does it look great, it manages to play extremely well on the more limited PSP controls. The combat is satisfying, and since you spend most of God of War locked in battle that’s pretty essential. Chains of Olympus is another great God of War game but Ghost of Sparta is a little longer and a little more polished.

You remember Jak and Daxter, right? An unbeatable platforming team. Well, on PSP Jak’s ottsel sidekick Daxter is the star of his very own show. This is a funny and enjoyable platformer that looks great and shows the PSP at its best. A must-play for fans of action, adventure, and a bit of silliness in their platformers.

Little Big Planet has long been one of Sony’s most distinctive franchises and it translated incredibly well from main console to handheld. Pretty much everything from the PS3 version of the game was translated to the PSP version and although it’s a little harder to create your levels, it’s the same fun and you can fortunately play through the levels created by others.

It wouldn’t be a good handheld without a good racing game, would it? You can’t really go wrong with a Wipeout title and Pure is an excellent addition to the franchise. It’s a futuristic racing game that puts players behind the wheel of anti-gravity ships. Each ship is tied to a different team and has different characteristics. As well as aiming to win, you have to keep your ship intact by avoiding crashes and weapons. Failure to do so will mean the destruction of your ship and removal from the race. As far as looks go, this game has them and its tight gameplay will keep you coming back.

If you like electronic dance music and games reminiscent of Tetris, give Lumines 2 some of your time. This is an addictive puzzle game with simple gameplay - two-toned blocks will fall from the top of the screen and it’s up to you group colors together to remove them from the board for points and to avoid game over. It’s the addictive fun of Tetris, enhanced by a thumping soundtrack and visual flair.

Patapon is a unique game that combines elements of music rhythm gameplay with real-time strategy. In it, you take control of a cartoonish and two-dimensional tribe of Patapons who you command by inputting specific button sequences in the rhythm of a drum. Different sequences give different orders, whether that’s forward, retreat, attack or defend. Patapon is a fantastic example of what a rhythm game, forging combat gameplay which requires thought and use of your memory rather than mindless button-pressing.

This RPG with a difference is perfect for those that don’t have a lot of time on their hands. The big selling point? You can get through quests in around 30 seconds. Actually, it's not just that you can. You have to. There are ways to claw back your time slightly but a big part of the fun of this game is that you have to keep grinding to get a little further each time, learning lessons as you go.

Final Fantasy Tactics: The War of the Lions

If you’re looking for a game to lose hundreds of hours to your life to, this is it. Like most tactical role playing games, Final Fantasy Tactics takes some time to get to grips with and it can feel somewhat slow, but once you understand what you’re doing you won’t want to put it down. The story, visuals and gameplay or Final Fantasy Tactics come together to create a game that’s rich, complex, rewarding and not for the faint of heart.