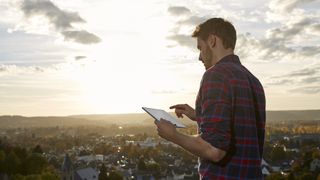 Smartphones are set to get a major power boost after Arm revealed its latest hardware upgrades.

The company says that its new Cortex-A76 CPU and Mali-G76 GPU will bring laptop-level performance to smartphones in terms of computing and graphics power whilst offering great power efficiency and battery lifespan for larger devices such as always-on laptops.

Arm's new CPU offers a huge 35 percent year-on-year performance gain, along with a 30 percent improvement in power efficiency, putting it far ahead of the competition.

There's also a 4x increase in compute performance when it comes to AI and machine learning capabilities, meaning your mobile device will soon be able to carry out more complex and powerful smart tasks.

Arm is also looking to address the needs of gamers and developers with its most powerful GPU yet. The Mali-G76 offers 30 percent more efficiency and performance density, allowing gaming developers to create more graphics-hungry games and apps, as well as advanced virtual and augmented reality experiences for mobile devices.

"however, the same cannot be said for laptops reliant on other architectures, which have struggled to adapt to a slowing Moore’s Law over the last few years, delivering annual performance gains averaging only single-digit percentages while failing to enable any significant increases in battery life."

The new hardware will be available later this year.