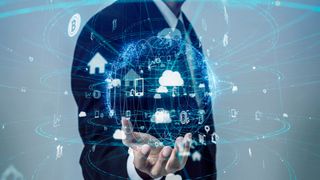 We live in a world where technology is rapidly taking over our lives, like literally. Getting up in the morning we have our handheld devices at disposal, helping us, guiding us and informing us about our new and ‘upgraded’ lives. The Internet has made connectivity seamless across various platforms. The ideal of the world becoming a global village has in actuality been achieved.

A huge contribution to these advancements goes to the rapid developments in the IoT sector. The technology supporting IoT is growing at a fast pace. No wonder they have become a part of our daily lives. Let us consider some of the latest developments which are taking place in the IoT sector and how they will facilitate us in the times to come.

1. Edge computing on the rise embryonic

This is one of the most prominent developments in the IoT sector. Previously, data used from various devices in an IoT setup was transferred to the cloud in raw form.

Edge computing is changing that rapidly. Local points (storage devices) placed in a closed vicinity now gather the data, sort it and filter it. This data is then transferred to the cloud and the entire series of processes become so much faster. Less bandwidth is consumed and latency is increased as a result of this.

Not only this, edge computing processes are being upgraded on a regular basis, so it is only a matter of time before edge completely takes over cloud computing. Various smaller setups will connect to make everything faster.

2. Healthcare and IoT the perfect combination

Every aspect of IoT benefits healthcare sector in one way or another. Sensors and wearable devices can collect and monitor the data and instantaneously send it for processing. Health monitors transfer analytics by the minute which can help doctors across the world analyze and deal with ‘the’ problems.

The general population is becoming more tech savvy which is a necessity for these adoptions. Mobile applications as well as virtual assistants are becoming more common and widely used in everyday routines. We even have smart cars coming up which can store and transmit your medical information on the go. The possibilities are endless.

Cloud services have become absolutely essential for IoT deployment. Because of this, major companies like Amazon are putting in rigorous efforts to add more offerings to their arsenal catering cloud services.

A couple of years back, Microsoft launched its “Azure IoT Edge” which now allows various devices in an environment to run cloud services without being actually connected to a cloud. With cloud services, security features always become a priority thus tech giants are putting in increased efforts to improve the security layers and locks surrounding these cloud data storage features.

Better integration into the cloud is being developed for IoT services especially for new devices so you don’t have to make major structural changes. Google, as of recent has been rapidly developing cloud features to integrate house environments seamlessly with its “Google Home” assistant.

4. The prominence of big data and AI

It is a given that with the huge amounts of data being collected, its processing is a must. Analyzing all this data is important as raw data in itself cannot be of much use. Thus Big Data management is becoming essential and growing exponentially with these advancements in IoT. The application of all this data in real life situations holds great potential.

AI technologies are being employed aggressively by various companies in response to the rising competition. A strong relationship is being formed therefore between AI, Big Data and IoT devices and how these entities operate. AI helps in handling and sorting through the wide aspects of Big Data and marks considerable growth in its proper use.

Significantly good internet connections are a must have, especially when it comes to Big Data analysis. Not only that, rather it is the need of the hour to get on the technology bandwagon. Make sure to go through some formidable internet options available to facilitate yourself with the emerging trends.

We have all been using Windows and iOS for some time now. But with the way IoT is developing, these operating systems are becoming insufficient. Real-time responses are required for IoT to function is a timely manner and many of our conventional operating systems lack that capability.

IoT technologies are also introducing newer and advanced chipsets which might not be compatible with the current operating systems. Keeping these factors in mind, IoT facilitating operating systems are being introduced which are specifically designed with keeping IoT connectivity in mind.

6. What is Google Waymo?

Google Waymo! Sounds interesting, doesn’t it? Well, Google introduced its first self-driving car under this name back in 2017. And yes it doesn’t require any assistance from a driver which is pretty magic indeed.

The Waymo is the perfect example of what IoT has in store for us in the coming future. Machine learning, AI involvement and edge analytics all come into play to make the car operate and analyze the environment in real time. Now with the changing times, the company has introduced further new cars into the market, mostly minivans which facilitate the residents of Phoenix, Arizona.  Google’s group of dedicated engineers developed various sensors for long range as well as short ranged analysis. As expected, the software side includes wide arrays of complex algorithms for the entire process to work.

In short, the project is a success and displays a promising picture for the future of IoT developments.

7. The emergence of IoT Ecosystems

In any environment, IoT systems need to cooperate and coexist. This would lead towards them operating efficiently and productively. Data needs to be shared between various devices and platforms and as a result, a proper IoT ecosystem is formed. These ecosystems are developing rapidly all around the world and major organizations are realizing that. Products and services need to be developed in such a way that they don’t hinder the processes in any ecosystem and can be introduced to continuous updates.

8. Implementation of IoT into Marketing

Marketing companies all around the world are making great use of IoT developments and Big Data to target their clients. Advanced analytics make it possible to target niches in better and effective ways. With all the data coming in through edge computing, it has become possible to know the effects of marketing campaigns in real time instantaneously. Companies will be able to better determine what to spend when to spend during various seasons. These are just a few aspects how IoT will be facilitating marketing efforts in the longer run.

There is so much more that is happening in the world of IoT and these are just a few examples. Our daily lives are being radicalized and altered by the day with their positive intervention. Surely it is a matter of time before we see even more applications of IoT in our daily lives.