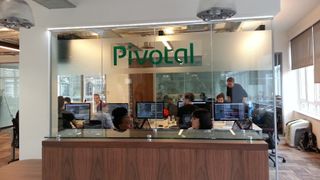 After announcing that it would acquire Pivotal back in August for $2.7bn, VMware has revealed that it has now closed the deal.

The acquisition will fuel the company's efforts to transform from a pure virtual machine company into a cloud native vendor with the capabilities to manage infrastructure wherever it lives.

Alongside Pivotal, VMware also purchased Heptio and Bitnami this year. This recent string of acquisitions will likely strengthen VMware Tanzu which aims to bring Kubernetes containers and VMware's virtual machines together in a single management platform.

Before the deal with VMware closed, Pivotal was publicly traded on the New York Stock Exchange but now the company has become a wholly owned subsidiary of VMware.

VMware and Pivotal have a history as both were part of a consortium of companies that Dell purchased when it acquired EMC back in 2015 for $67bn. However, while both companies were part of EMC and then Dell, each company operated separately and independently.

Pivotal's ties to VMware go back even further though as the company was originally created by a combination of EMC, VMware and GE with the aim of providing large organizations with a separate company to help undertake transformation initiatives.

In August, Pivotal's stock dropped by 42 percent in one day and it was at this time that VMware first proposed buying the company at $15 a share.