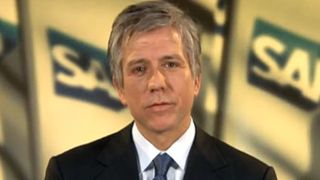 SAP is planning a restructure that will shift approximately 2,500 roles from software programming to cloud computing, SAP spokesman Daniel Reinhardt told TechRadar. The German software giant will require fewer onsite staff as it moves its software programs to the cloud.

Reinhardt said the cuts will be reflected across regions and across departments. He said it is immediately unclear how many SAP employees will be retained as part of the restructure, though he said all current employees are encouraged to apply for new cloud-focused positions as they become available.

SAP currently employs 67,000 workers across the world. Reinhardt said the restructure will actually increase net jobs by roughly 500 workers. SAP is currently moving all its products into the cloud, onto SAP HANA and applying SAP Fiori, he said.

"We reckon three percent of our workforce are going to be impacted. Since we have a great number of experienced people, we reckon many of these three percent will find an internal job. What that number will be in the end is not foreseeable," Reinhardt said. It is immediately unclear if any executive-level positions will be created as a result of the restructure.

SAP's net profit also increased 3% to $739 million during the quarter. At the time of the earnings announcement, SAP co-Chief Executive Bill McDermott said he expects the company to generate $8 billion in 2014, an increase of approximately $400 million over last year.