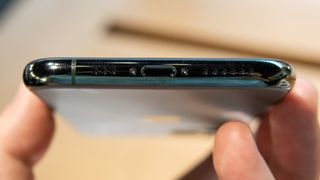 If European lawmakers get their way, all smartphones could soon use the same charger. Members of the European Parliament (MEPs) want to require smartphone manufacturers to provide a common charger for all mobile phones.

In a recent meeting, MEPs discussed the idea of introducing “binding measures” that would require chargers that fit all mobile phones and other portable electronic devices.

Back in 2014, the EU introduced the voluntary Radio Equipment Directive but MEPs believe that "the voluntary agreements between different industry players have not yielded the desired results".

The more stringent measures proposed by European lawmakers are aimed at reducing electronic waste as old chargers are estimated to amount to 51,000 tonnes of waste per year.

Today the majority of smartphones use USB-C ports for charging but Apple's iPhone still uses the company's proprietary Lightning connector. While Apple has adopted USB-C for its new iPad Pro and MacBooks, the company has yet to do so for the iPhone.

“Apple stands for innovation. Regulations that would drive conformity across the type of connector built into all smartphones freeze innovation rather than encourage it. Such proposals are bad for the environment and unnecessarily disruptive for customers.”

The iPhone maker went on to argue that switching to a standard charger “would result in an unprecedented volume of electronic waste and greatly inconvenience users”. While the switch from Lightning to USB-C may be an inconvenience at first, in the end it would make it much easier for users to charge their devices as all smartphones would use a standard connector.

Apple may in fact be planning to do away with its Lightning connector but the company won't be adopting USB-C for its iPhones anytime soon. Instead, the company is reportedly working on an iPhone with no ports at all which would only charge wirelessly.