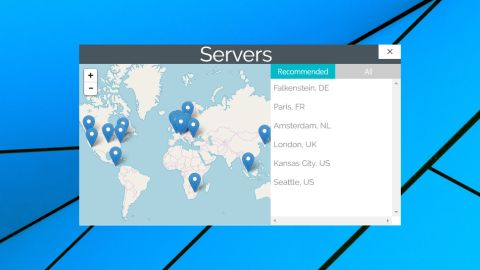 MacSentry is an underpowered and unexceptional VPN which gives you very few reasons to sign up, and many more reasons to give it a miss.

As you'll probably guess from the name, MacSentry is a VPN targeted very much at Mac, iPhone and iPad users. But that's not as restrictive as it seems, because the service has an app for Windows, and there are manual instructions covering Linux, Android, Fire TV Stick and more.

Turning to the Windows client, we found it named 14 locations in 13 countries (7 in Europe, 2 in the US, plus Australia, Costa Rica, Singapore and Japan), so that's the figure we'll use.

The core MacSentry service includes most of the features you'd expect. There's support for up to five simultaneous connections, P2P is permitted on all servers, a network lock and Mac-only kill switch aim to stop data leaks, and the company offers 24/7 email support if you have problems.

Prices are a little below average. Monthly billing can be yours for $9.99, this drops to $4.99 over six months, and a low $3.58 over a year. PayPal, credit cards and Bitcoin are supported for payment.

There's no free product or trial available via the website, unfortunately, but MacSentry does offer a 'no questions, no fuss, no fine print' 7-day money-back guarantee, and that's more than enough time to find out whether the service will work for you.

MacSentry's website has a clear "no logging" statement on its front page, but experience has taught us that you can’t always take this at face value. We decided to dig deeper.

The single-page FAQ is emphatic, but just as lacking in detail: "we do not store any logs whatsoever".

We headed off to the brief privacy policy, which explained that some data is recorded when you connect – "username, internal IP, length of the session, and the amount of data transferred" – but adds that "this data is not retained and purged after the user disconnects as it is no longer relevant."

MacSentry seems to be ruling out both activity and session logging, which works for us. But we would be even happier if the company followed providers like TunnelBear, VyprVPN and NordVPN, and had a public audit to confirm it's living up to any privacy promises.

The MacSentry signup process is much like many other – choose a plan, select your payment method (card, PayPal or Bitcoin), and fill in your details as usual.

The company went a little further than most by asking for our home country, but if you feel that's too intrusive, there's nothing to stop you choosing any location you like.

One click later, we arrived at MacSentry's client area. It's a simple and straightforward home page which lists key account details, has links to software downloads and setup guides, and points you to a support knowledgebase if you need help.

Unsurprisingly, MacSentry is easiest to set up on Macs and iOS devices. There's also a Windows client, though, and we downloaded and installed that with no hassles at all.

There are tutorials for other platforms, but these are, well, basic. The Android guide, for example, is fractionally more than 100 words spread over an eight-point bulleted list. You'll still figure out what to do, but it might take longer than with some of the competition.

MacSentry's Windows client has a basic but easy-to-use interface which you'll figure out in a very few minutes.

The opening console asks you to log in, and invites you to choose your preferred location from a plain text list.

The client also has a map, but this seems to be worse than useless. Not only are you unable to select a location from the map, it also displays multiple locations that MacSentry doesn't appear to support. (The map has markers for New York and Montreal, for instance, but they're not included on the text list.)

There are no other advanced extras - no server ping times, no load figures, no Favorites system - but there's also nothing else to learn. Just point, click and connect.

MacSentry updates its own interface to tell you when you're protected, and when you're not, but doesn't use any form of desktop notification. If you're busy elsewhere, maybe running a full-screen application, you won't necessarily know what's going on.

The Settings panel is also very simple, with only three options: to launch the client along with Windows, choose the protocol (OpenVPN TCP or UDP), or hide MacSentry's button in the Windows taskbar.

There's no great complexity under the hood, either. MacSentry's Windows client is a simple Chromium-based shell, little more than a basic front end which allows you to choose a location, then uses the open-source OpenVPN application to make and manage your connection.

The problem with that approach is that although it's enough to get you connected, the client's abilities stop there. Other VPNs typically have Windows services to monitor the connection and ensure everything runs smoothly, for instance- MacSentry just crosses its fingers and hopes all goes well. (Read on for an example of what happens, if it doesn't.)

MacSentry says its kill switch is available on the Mac only, but we checked out the Windows client, anyway, just to see what would happen.

The company turned out to be right. When we terminated our local OpenVPN connection, not only did the client fail to block our internet access, it didn't even notice the VPN was down. Instead, the interface continued to claim we were connected.

(Our testing was relevant to the Windows client only. MacSentry's Mac app includes a capable kill switch, and Android apps can be manually set up to protect you if a VPN drops.)

There was better news with our leak tests. MacSentry correctly sets up OpenVPN to block DNS leaks, and multiple test websites showed we were properly protected.

Website unblocking results were mixed, with MacSentry getting us into BBC iPlayer, but failing with US Netflix.

Speeds were just about as good as we could expect on our local UK servers, consistently averaging 65Mbps on a 75Mbps test line. US speeds were both slower and more variable, peaking at 40Mbps, but typically hitting around 15-20Mbps. Results were similar with Australia at 12-25Mbps, but Japan tailed off a little to 14-18Mbps, and we couldn't connect to Australia at all.

MacSentry's Mac focus is unusual, but it's not enough to make up for the lack of locations, the below-par performance, the weak support website, and the multiple other service issues. Even if you're strictly Apple only, there are many better VPN choices around.