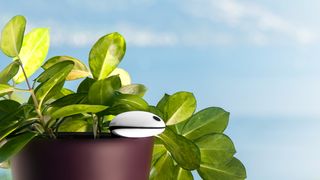 Even though Microsoft is working hard to implement a version of Windows 10 for the Internet of Things (IoT) it has had its finger in that pie for quite some time.

The Hannover Messe conference heard how Microsoft has been assisting Fujitsu in an agricultural production facility that grows vegetables with the assistance of processes automated using sensors that feed back information on the plants, according to ZDNet.

Fujitsu's operation to cultivate vegetables for patients with dietary requirements began back in 2013 when it turned an old Japanese semiconductor plant into what is now known as the Akisai Plant Factory.

To make it all work, Fujitsu brought its own Eco-Management Dashboard, which is an IoT/M2M platform, together with Microsoft cloud services and Windows tablets. That then allowed managers, engineers and scientists to provide a better quality product, streamline systems, and give an uplift in functionality whilst cutting down on costs.

Fujitsu and Microsoft have created a joint product stack as a result of the partnership that has resulted in Fujitsu's A5 IoT services for Microsoft Azure and an accompanying M2M platform. The Fujitsu hardware that runs Windows 8.1 Pro is geared towards companies in the manufacturing sector that want to maintain quality and equipment performance.

Microsoft has been busy in the IoT arena and to that end it released the Azure IoT Suite just last month that is targeted at industrial customers needing to manage a large number of "things" whereas Windows 10 for IoT provides a cross-platform offering ideal for enterprises.

Check it out: Everything you need to know about the Internet of Things