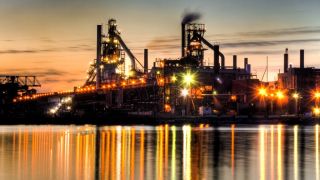 5G and the Industrial Internet of Things (IIoT) are two megatrands taking shape in the mobile industry but they do not have a dependent relationship.

The former is a new generation of mobile networks while the latter is a completely new way of doing business that can transform entire industries. They may overlap in several areas, but each has its own, individual development path.

Industrial giants like Siemens and Bosch have been touting the concept for some time now, using the umbrella term ‘Industry 4.0’ to describe what is an evolution in manufacturing, incorporating advanced communications and automation.

But if communications are at the heart of Industry 4.0 then 5G’s low latency, high capacity and gigabit speeds could take the IIoT to the next level. It’s a huge opportunity for the entire mobile sector to provide the networks, devices and applications needed.

The term ‘Industry 4.0’ was popularised by the Germany’s Digital Agenda, published back in 2009, which has influenced the strategies of several other countries and organisations, including the EU. Author of the agenda Henrik von Scheel describes Industry 4.0 was a movement that will change every industry.

“Industry 4.0 is not about technology, it’s about people, how people connect and how they work together,” he tells the Smart IoT London conference. “Of course there’s competition, innovation and transformation with productivity and automation, but at the core of it is where people work together.”

The first industrial revolution was of course the mechanisation of manufacturing in the 18th century, with the arrival of water and steam power in Britain’s factories, while the second industrial revolution started in the US with electronic equipment, power plants and mass production with an assembly line.

“it started with meat production [in Cincinnati, USA] and then motor cars with Ford Model T,” adds von Scheel. “It went into shipyards, metal production and everything else. But it was linear, industry-specific and moved slowly.”

‘Industry 3.0’ started in the 1970s and was heralded by the arrival of IT into the factory. Indeed, it is arguably still ongoing.

“The Internet started and then came mobile, social, cloud and big data,” continues von Scheel. “This is what you call IoT. This is the third industrial revolution and it has already happened.”

For Alan Norbury, Siemens Industrial CTO, Industry 4.0 is characterised by big data, smart algorithms, robotics, 3D printing, virtual reality (VR), augmented reality (AR) and cyber-physical systems. Industrial machines will all speak to each other and share data which can be analysed for the business and to make real-time, automated decisions.

“Digitalization changes our lives and the way we manufacture products,” he says, adding that new business models will be able to predict consumer demand. Although some high value industries, such as car manufacturing, have been able to offer highly personalised products, Norbury says other businesses will be able to do the same, adding value.

He uses the more spurious example of customised muesli, packaged on the same assembly line, and the more revolutionary possibility of personalised medicine based on how a person reacts to certain drugs. It is this added value that Norbury believes will allow humans and robots to work together.

And the creation of a ‘digital twin’ – that is a virtual representation of a physical object – will allow organisations to test something it with few or no consequences.

Communications at the heart

But where is the opportunity for mobile? Well all this will need connecting and for all the ambition shown by the industrial heavyweights, telecoms will play a vital role.

“Most manufacturers already have buildings and the challenge they have from going from Industry 3.0 to Industry 4.0 is where to start,” says Norbury.

First off, organisations should see what equipment can be connected and the second is how.

There has been a lot of attention paid to lowering the power consumption and increasing the range of IoT standard through Low Power Wide Area Networks (LPWAN). Connected devices such as smart metres or agricultural sensors only need to transmit very small amounts of data at infrequent intervals across long distances and therefore the focus has been on longevity.

The opposite is true of IIoT where many, mission-critical, data intensive machines are located in close proximity. Furthermore, applications such as VR, AR and connected vehicles will need to be connected reliably wit enough capacity. Some IIoT deployments have made use of 4G networks using unlicensed spectrum but 5G will allow this to take place on an unprecedented scale.

Bosch believes localised 5G networks, with or without the participation of operators, could turn Industry 4.0 into ‘Industry 4.0 Advanced Pro’.

“We don’t need a national network for this, we could have a local deployment,” says Bosch’s Andreas Mueller, adding that it works with firms in the supply chain, such as Qualcomm, so it can get its ideas across to working groups like the 3GPP.

“You might have some great ideas but never get heard,” he laments.

When asked by TechRadar Pro, Mueller suggests that spectrum could be reserved for IIoT and allocated on a regional basis to avoid interference. Indeed, an area as compact as an individual factory could be considered its own region.

Just as LPWAN might be a better fit for some applications than an operator’s cellular network, perhaps a localised deployment might be more suitable for such an intensive operation.

Dominic Hulewicz, IoT Innovation Manager at O2, who believes the operator’s role is to partner with the customer, understand their needs and get the right connectivity into their environment.

“It may not be that our cellular network is the best fit,” he freely admits, referring to LPWAN. “We partner ourselves with other providers to give the best solution that our customers are trying to do.”

In a world where traditional operator income are declining, Industry 4.0 is a massive opportunity for operators looking to boost revenues and find applications for the 5G networks that will come into operation as early as next year. Indeed, Cisco and partners are seeing how 5G can help utility firms and farmers in rural areas as part of a government funded trial.

But there are also opportunities for manufacturers and developers. More advanced mobile devices will be the first point of call for many of these applications. Rugged smartphones, wearables and VR headsets will all become commonplace in factories and other working environments as the IIoT takes over.

Of course, many of these trends are already happening and elements of Industry 4.0 or the IIoT have been deployed since before the terms were coined. But for the potential of this technological revolution to be fulfilled, it’s clear the network will play an important role.

Want to find out more about 5G? Check out our dedicated 5G hub!