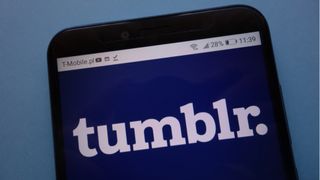 Social network Tumblr is being sold to the owner of Wordpress in a major blow to Verizon.

Terms of the deal were not disclosed, but reports say Tumblr has been bought for far less from the $1.1 billion Yahoo paid for it back in 2013.

Tumblr later became part of the Verizon stable after its acquisition of Yahoo in 2017, with today's sale marks a major drop in value, with some reports putting the deal at as little as $3 million.

Automattic will doubtlessly see Tumblr as a key part in its bid to strengthen its online operations. Although the site is unlikely to be profitable in the short term, Tumblr still hosts over 450 million blogs, meaning it remains one of the web's largest such sites.

“Tumblr is a marquee brand that has started movements, allowed for true identities to blossom and become home to many creative communities and fandoms,” Verizon Media CEO Guru Gowrappan said.

“We are proud of what the team has accomplished and are happy to have found the perfect partner in Automattic, whose expertise and track record will unlock new and exciting possibilities for Tumblr and its users.”

Automattic says it has no plans to reverse this ban, and that Tumblr will act as a "complementary" site to WordPress.

Automattic will take on Tumblr's 200-odd employee workforce under the deal. The company say it currently employs 940 staff across 71 countries, with WooCommerce, Jetpack, Simplenote and Longreads among its other entities.