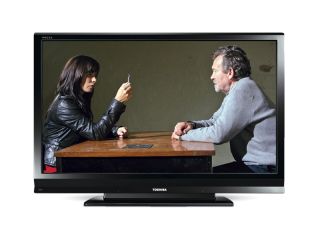 Toshiba is readying a glasses-free 3D TV, according to a Japanese newspaper.

Yomiuri insists that Toshiba is working on the technology and will produce a television that does not need the much-maligned glasses required by most 3D technology.

The company has refused to comment on the specific report, but has confirmed to PS that work is continuing on glasses-free 3D.

Philips has shown off a glasses-free 3D TV using the lenticular technology, and Nintendo's 3DS uses the same tech to bring 3D to the portable console.

So, it certainly makes sense that major television manufacturers would be working on the technology.

Glasses have always been seen as a major drawback to 3D on televisions, with the average consumer less than delighted to be burdened with eyewear.