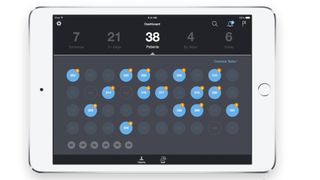 IBM and Apple have added another eight enterprise apps to their iPhone and iPad range that includes healthcare and industrial products for the first time.

The new apps, which are fruits of the MobileFirst for iOS partnership signed in July, were first reported by 9to5Mac and bring the grand total of enterprise apps designed specifically for iOS to 22.

IBM's first four healthcare apps are also joined by the debut industrial products offering as well as one app each for the travel and transportation, retail, and insurance industry categories.

The new apps are as follows:

The first list of 10 apps was unveiled back in December shortly after the two announced a new support service known as AppleCare for Enterprise offering round-the-clock support for Apple hardware and operating systems.