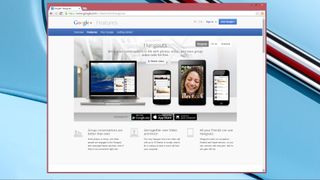 Google Hangouts lets you video call others in a few clicks

VoIP and chat provider Skype has become synonymous with internet video calling over the years. But just as the company that owns it (that's Microsoft, by the way) has come to experience in recent times, being the oldest on the block doesn't necessarily mean you're the best.

Skype has been criticized for anything from security weaknesses to hogging users' internet bandwidth to handling notifications between different platforms badly. Some have turned their noses up at the program's Windows 8 UI, while others have jumped ship over its mobile offerings.

Whether you're dissatisfied with Skype or simply want to try out something new, we've put together a list of five alternatives that allow you to video call or message others for free.

While the following Windows programs won't cost you a penny, we advise that you read the installation instructions before clicking through the different stages. Many will attempt to install third-party add-ons that you don't need for the programs to run properly, which may slow down your computer - so you'll ned to opt out manually.

If you have any suggestions that aren't part of our list, let us know in the comments section below.

ICQ ("I seek you") is almost as old as the internet itself having being released in 1996. It's built up a rich feature set in that time to include instant messaging and free one-click video chat with other ICQ users that can take advantage of fast broadband connections.

In addition, you can log in and exchange messages over a number of social networks - from Facebook to Yahoo, Google Talk, Jabber and Ok. ICQ assigns you a unique identification number, making it a good option if you're not keen on giving your email address or real identity out to the people you want to chat with. Like Skype, ICQ allows you to make international calls over VoIP that are charged by the minute.

There are programs with prettier interfaces out there, but if you're looking to conduct your video chats, instant messaging, VoIP calls and social network messaging from one place, ICQ is a perfect fit.

People who play PC games online tend to use one of two programs to chat with other players. The first is Skype, and the other is TeamSpeak. Sporting a customisable, feature-rich user interface, it places a focus on high-quality voice chat, using techniques such as automatic microphone adjustment, advanced noise reduction and echo cancellation. Of course, TeamSpeak isn't just for gamers - you can use it to chat with other individuals or groups of non-gamers too.

In addition to voice communication there's IRC-style chat that allows you to send 1:1 or group messages, which allow the use of emoticons and text formatting. TeamSpeak is free, boasts a high level of security and allows you to join hundreds of servers from around the world, making it one of the top choices if flexible audio communication is what you're looking for.

Google's web-based services are all about simplicity, which is one of the reasons why its Chromebooks are becoming more popular. There are fewer hassle-free ways to conduct online video chats (or send messages) than using the company's Chrome Browser, along with its Hangouts service. Using Hangouts, you can start 1:1 video conversations with a single click, or can invite up to nine other people to join you in a video conference.

Google has baked in a number of features that enhance the video conferencing experience - such as automatically switching to the person who is talking and muting other participants. You can also send emoticons and photos during group conversations, and if you leave the Hangout at any point, you can re-join at a later point in time (so long as two participants or more remain) to pick up where you left off. Hangouts works on computers, Android and Apple devices, meaning you can join in the video conversation on the go.

TeamViewer isn't strictly a video calling or chat service, but it allows you to communicate with others while letting them view (or control) your desktop. This can be handy if you have something wrong with your computer and need somebody else to take control of your PC while you talk to them. You start by installing the program on your own computer before sending over a unique ID to the person you want to view or interact with it.

The program also lets you conduct group meetings, allowing you to share your desktop (or view somebody else's) with several other people. This can be helpful if you want to play presentations while giving others the low-down over the microphone. Meetings can be scheduled to start at certain times, and a whiteboard feature lets you draw images to aid your commentary.

If you don't use Skype because you find its calling rates slightly on the pricey side, there are numerous Firefox add-ons that allow you to dial numbers embedded in web pages. By seeing what's out there, you may come across a service that offers you better rates for calling home or abroad while affording the simplicity of dialling within the browser using a single click.

To get started, download Firefox and then run a search for VoIP add-ons (or click here). Companies offering one-click VoIP add-ons include Google, OnSIP and Telebroad. Alternatively, if you decide that you wouldn't mind giving Skype another chance, it offers its own one-click dialling add-on for Firefox, which can be found here.