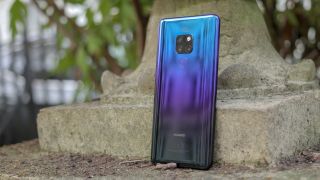 Mobile Industry body the GSMA is proposing that members discuss the possibility of Huawei’s exclusion from the rollout of 5G networks in key markets.

The GSMA’s Director General Mats Granryd has reportedly suggested the issue be raised on the agenda at its next board meeting, due to be held on the fringes of Mobile World Congress (MWC) in Barcelona later this month.

Several countries are excluding the Chinese telecommunications equipment manufacturer from their 5G deployments, while other nations are considering measures that would limit the company’s influence on their communications infrastructure.

It has also been reported that the European Commission (EC) is considering a de facto ban on 5G – a development which could set back Europe’s bid to be a 5G leader, especially when it comes to new consumer and industrial applications.

The main basis for these fears is a perception that Huawei is linked to the Chinese government and that the use of the company’s equipment risks the possibility of backdoors that could be used for espionage. These fears are heightened by 5G because of the sensitive information these networks will carry.

Huawei has repeatedly denied accusations of spying, pointing out that it works with security agencies around the world and that it sells products to more than 500 operators in 170 countries without issue. This includes the UK, where BT, EE, Vodafone and Three are all customers.

Indeed, there is little appetite for a ban within the industry, with many fearing higher prices and a loss of innovation if operators are unable to use Huawei equipment.

TechRadar Pro understands that the final agenda for the meeting at MWC has not been finalised and that the reports cannot be confirmed at this stage.