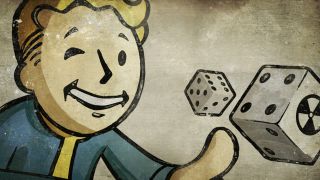 Bethesda has announced that it will offer a Fallout 4 season pass that will give owners access to all of the game's future DLC. Best of all, it'll cost just $30 (so around £20). Now V.A.T.S. a bargain!

Bethesda promises that, like Fallout 3, Oblivion and Skyrim, Fallout 4 will be getting a number of DLC packages down the line. The season pass promise will mean you'll be set when the added content starts rolling in, which will be early next year.

"Since we're still hard at work on the game, we don't know what the actual DLC will be yet, but it will start coming early next year," the company said in a statement. "Based on what we did for Oblivion, Fallout 3, and Skyrim, we know that it will be worth at least $40, and if we do more, you'll get it all with the Season Pass."

The game will launch this November. Also launching early next year will be the PC Creation Kit, which will let you build your own mods and share them with other players - eventually including those on PS4 and Xbox One.