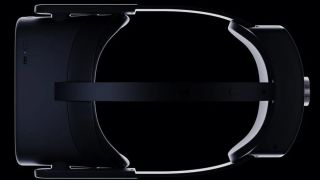 Mozilla have teamed up with Pico Interactive to release a version of the popular browser for the Neo 2 virtual reality headset.

Named Firefox Reality, the aim is to bring an immersive but interactive environment for business users, who will be able to access and sync their Firefox account and content, tabs, and bookmarks in a virtual environment.

Pico have announced two different versions of their Neo 2 virtual reality headset: a standard one, and another that includes eye-tracking. Both are built for enterprise users, and offer a solid 4K display resolution with a 101 degree field of view, and a 75 frames a second refresh rate.

The Neo 2 is also wireless, and users can connect with each other via Bluetooth to collaborate online in virtual spaces to work with virtual objects and tasks.

“We are pleased to be partnered with Pico to bring Firefox Reality to their users, especially the opportunity to reach more people through their large Enterprise audience,” says Andre Vrignaud, Head of Mixed Reality Platform Strategy at Mozilla. “We look forward to integrating Hubs by Mozilla to bring fully immersive collaboration to business.”

Mozilla will also be offering Hubs to all Pico devices, which can allow for private video conferencing, with the virtual environment branded as required. Web-based access means that additional internet resources can be accessed and used as required in meetings.