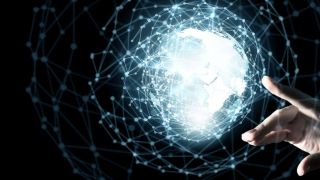 The two companies have entered into a definitive agreement where Extreme Networks will purchase all of Aerohive's outstanding shares of common stock at a price of $4.45 per share in cash.

By acquiring Aerohive, Extreme Networks will add critical cloud management and edge capabilities to its existing portfolio of end-to-end, edge to cloud networking solutions. Aerohive will also bring its strong subscription-based business to the table which will help expand Extreme's subscription-recurring revenue by 30 percent.

President and CEO of Extreme Networks, Ed Meyercord explained how the acquisition will boost its current offerings in a statement, saying:

"The acquisition of Aerohive establishes our leadership in cloud, AI, and ML, adding a proven and mature cloud services platform and subscription service model for Extreme's customers and partners. Extreme continues to invest in software and AI to expand the automation capabilities across our portfolio of edge-to-cloud networking solutions. The ability to improve user experiences, lower operating expenses, and deliver cloud-managed networks is key to our strategy."

Aerohive was founded in 2006 and today it has 30,000 cloud wireless LAN customers across a number of verticals including education, state and local government, healthcare and retail. The company was also one of the first firms to offer controller-less wi-fi and cloud network management.

President and CEO of Aerohive, David Flynn explained how the deal will allow both companies to push networking into a new era, saying:

"This acquisition by Extreme is a major milestone for Aerohive. The role that cloud-managed technology plays in modern enterprises is impossible to overstate – it is where digital transformation is won and lost. Aerohive's expertise and excellence in cloud management and edge technology, combined with Extreme's extensive solutions portfolio and continued investment in software and AI for automation, gives our customers the most advanced digital experiences in the market. Together we will push networking into a new era – making infrastructure smarter, more autonomous, and the driver of business value."

The acquisition of Aerohive is expected to close during Extreme's first quarter of the fiscal year 2020 following regulatory approvals in the US and Germany.