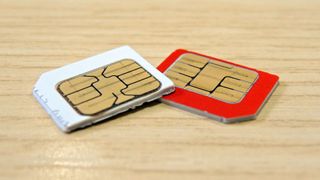 Industry body the GSMA has halted development on a global standard for an embedded SIM card amid an ongoing investigation in the US.

eSIM technology would eliminate the need for a physical SIM card, making it significantly easier to switch networks and select new services.

This means mobile users could adopt a more flexible approach, choosing short-term data plans and signing up with a foreign operator when they are abroad.

And because it’s software-based, these changes can be done remotely, making the technology ideal for the Internet of Things (IoT). Making physical changes to IoT devices would increase cost and limit scale of deployment.

Embedded SIMs are used in certain Apple devices, such as the iPad and the Apple Watch 3. However this is powered by the proprietary Apple SIM standard and is dependent on operator support.

However, the US Department of Justice (DoJ) is determining whether there has been collusion between AT&T and Verizon to make it difficult for customers to switch networks with eSIM. Handset manufacturers had complained to the DoJ about the alleged practices, leading to the probe.

“This [latest] standard contains a wide range of features, including the option for the eSIM to be locked,” said the GSMA. “In the United States, consumers would have this option; however, they would need to explicitly consent to this under specific commercial agreements with their mobile operator, for example when purchasing a subsidised device.

Both Verizon and AT&T told Reuters that they were aware of the investigation and cooperating.