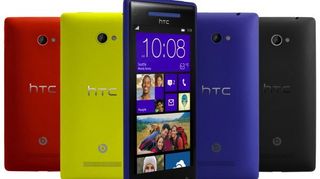 Windows Phone? You can keep it

Steven Sinofsky has taken to the 'net to insist that he didn't try to take over the Windows Phone division in his last months at Microsoft.

In the days since it was announced that Microsoft was losing one of its big Stevens 'with immediate effect', tech gossip has been running at overtime.

Commenting on a blog post written by ex-Microsoft engineer Hal Berenson, Sinofsky defends himself, saying that "I never initiated any discussions to bring together the organisations/products you describe."

He's referring to Berenson's insinuation that Sinofsky was trying to take control of both the Windows Phone and Developer divisions, as well as the Windows division he already oversaw.

Sinofsky was the president of the Windows Division at Microsoft, and, as Mary Branscombe suggests, he may have clashed with Microsoft founder Bill Gates over how the various divisions should be organised and run.

However, Sinofsky is staying clear on one point at least: "No one [outside the Windows division] ever approached me to manage them as part of Windows 7 or 8."