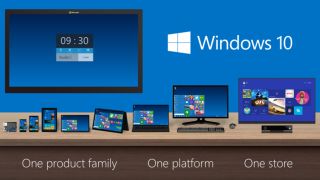 Microsoft sounds like it is preparing a pair of new ultra-cheap laptops that will lay down the gauntlet with Chromebooks.

First reported by DigiTimes, Microsoft is working with two separate companies on the low-cost machines that will be priced as low as $149 (around £100, or AU$195) geared towards consumers as well as the education market.

Both PCs will have an Intel Atom "Bay Trail-T CR" SoC (System-on-Chip) on board, 11.6-inch screens and they're expected to run on Microsoft's upcoming Windows 10 OS.

The cheaper of the two machines will be made by China's 3Nod Group and take the form of a low-price PC designed by Microsoft. Coming with a price-tag of $149 (around £100, or AU$195), it's currently unclear whether the PCs will only be sold in China or made available elsewhere as well.

Elitegroup Computer Systems (ECS) will manufacturer another affordable laptop and sell it through a specialised education channel it teamed up with Intel to market the Classmate PC stable of products. The final price is expected to be $179 (around £120, or AU$195).

Further details on the two machines are extremely thin and the only other tidbit offered by DigiTimes was that Microsoft could expand the project to cover larger screen sizes if the 11.6-inch line proves to be as successful as Chromebooks.