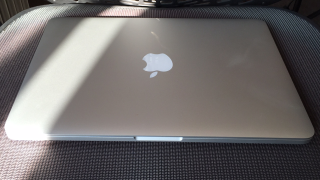 This is Apple's second major update to its El Capitan operating system, bringing much needed stability to key functionality like Bluetooth and Wi-Fi performance. The first update introduced Mac users to new emoji, and this update arrives three weeks after Apple completed testing of the fourth beta of OS X 10.11.2.

The update is a 1.39GB download, and Apple recommends the update for all users. Mac users can grab the update directly from Apple's Mac Store.

There are several enterprise fixes that are bundled with the release of OS X 10.11.2. First, NTLM authentication issues in Safari are resolved. Second, Apple resolved issues with certificate updates when reinstalling configuration profiles. And lastly, deferred enablement can be used with the fdesetup command to enable FileVault with mobile accounts.

Most Mac users will likely want to install the update for wireless performance stability, an issue that has plagued El Capitan since its release. Apple addressed both Wi-Fi and Bluetooth performance, fixing problems with disconnections. Apple also improved reliability with Handoff and AirDrop.

Apple has also resolved several issues with OS X and the company's native apps that will make using a Mac more seamless for business. Apple fixed an issue with Mail that prevented the deletion of messages in Exchange accounts when offline. Additionally, issues with FaceTime and Messages sign-in are also addressed with the update.

For users who manage their photo library with the Photos app, iCloud Photo Sharing for Live Photos is also improved. Apple also fixed an issue with photo import between an iPhone and a Mac over a wired USB connection.

Apple did not provide details for the security fixes in OS X 10.11.2.