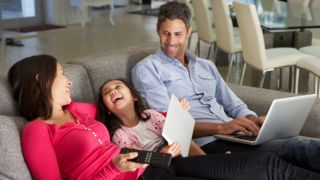 Avira has launched an all-in-one subscription plan whereby customers can get all the security firm’s premium products for a much cheaper monthly or annual fee than buying them separately.

Avira Prime (hmm, that reminds us a bit of something – just can’t think what) bundles together the company’s main antivirus, privacy (VPN) and system maintenance software, in a cross-platform offering that costs £8.99 ($9.99) per month or £85.99 ($99.99) yearly to cover five devices.

For that outlay, you get access to the following desktop products: Avira Antivirus Pro, Avira Phantom VPN Pro, Avira System Speedup Pro and Avira Software Updater Pro (all work on Windows, and the first two are compatible with the Mac).

And on the mobile front, with Android, you get Avira Antivirus and Phantom VPN Pro, along with Optimizer Pro and AppLock+ Pro. For iOS, there’s a smaller selection of just a pair of apps: Phantom VPN Pro and Avira Vault.

Travis Witteveen, CEO of Avira, commented: “With Avira Prime, we are moving towards a security-as-a-service model and away from the current industry practice of selling bits and pieces. The individual product approach has worked in the past where people had only one or two devices in the household, but has major shortcomings as people keep adding devices to their technology portfolios.”

You get access to all the above products, plus Avira’s other free offerings – including its password manager and Mobile Security for iOS – via the Avira Online Essentials dashboard, which enables remote device management and easy installation of the software across your various pieces of hardware.

The dashboard also gives you other information such as a rating of the ‘online health’ of all your devices, highlighting any potential security problems.