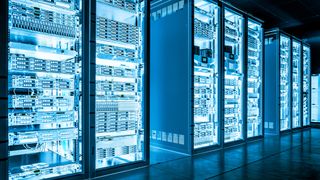 Amazon has reportedly designed a new more powerful processor chip for use in data centers as the company's cloud computing division looks to break free from its reliance on server chips from Intel and AMD.

The new AWS chip utilizes technology from Arm and according to sources familiar with the matter, it will be at least 20 percent faster than the company's first Arm-based chip, Graviton, which was released last year.

The cloud computing market is currently controlled by Intel and AMD with the former controlling more than 90 percent of the server processor market and the later controlling most of the remainder.

However, several companies and chip designers are currently trying to adapt Arm's chips, which currently power mobile phones, to make them suitable for use in data centers.

While Amazon's first Arm chip did not disrupt Intel's data center business, Bernstein Analyst Stacy Rasgon believes that with the right backing, Arm could be a real challenger, saying:  “Arm by itself I’m not worried about, but Arm in the hands of an Amazon or a Google who could potentially invest in it, that becomes potentially more problematic.”

Sources familiar with the matter said that the e-commerce giant's new chip is not expected to be as powerful as either Intel's Cascade Lake or AMD's Rome chips.

Amazon's first Graviton chip used older Cortex A72 technology from Arm but the new chip will likely use the firm's Neoverse N1 technology. Another source familiar with the matter told Reuters that the chip is expected to have at least 32 cores compared to Graviton's 16. The new chip will also utilize a technology called a “fabric” which will allow it to connect with other chips to help accelerate resource heavy tasks such as image recognition.

One hurdle still remains for the adoption of Arm chips in data centers and that is the fact that customers will likely have to use software written specifically for Arm-based chips and this is much less common than software developed for chips from Intel and AMD.