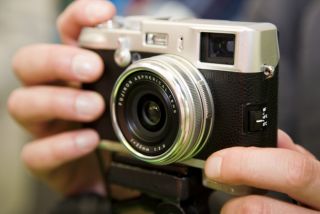 Fuji, the makers of the X100, has posted a sales increase

Fujifilm has revealed in its annual report that sales volume has increased by around 7%, with particularly good performance from its X100 compact camera.

In the report, the firm details its financial results from the past year, showing that during the third quarter, consolidated revenue was down 2% from the same period in the previous year.

Fujifilm attributes this to problems associated with the earthquake in Japan and flooding in Thailand, along with a surge in the price of raw materials.

Although overall revenue was down in Fujifilm's Imaging Solutions segment by 3.3%, actual sales were up by 1.3%.

Sales were especially strong in mid-range and high-end compacts, including the Fujifilm X100 and Finepix F600EXR.

It is the X100 that has performed most impressively, reaching 100,000 units sold in just nine months. Fuji also says that the X10, the X100's younger brother launched in October 2011, is also showing a positive start.

Sales volume targets for the coming year will be 13 million units, according to the report, an increase of 16% from the previous year.