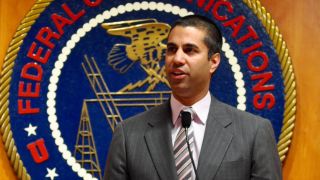 The US Federal Communications Commission (FCC) is planning to take action against at least one of the country's wireless carriers over how it sold users' real-time location data without authorization.

The telecommunications regulator began its investigation into the matter following reports that a website flaw back in 2018 could have allowed the location of consumers' mobile phones to be tracked.

In a letter to Congress, FCC Chairman Ajit Pai explained that its enforcement bureau had concluded its investigation, saying:

“I am writing to follow up on my letter of December 3, 2019 regarding the status of the FCC’s investigation into the disclosure of consumers’ real-time location data. Fulfilling the commitment I made in that letter, I wish to inform you that the FCC’s Enforcement Bureau has completed its extensive investigation and that it has concluded that one or more wireless carriers apparently violated federal law.”

FCC Commissioner Jessica Rosenworcel also released a statement in which she criticized the FCC's handling of the matter, saying:

“For more than a year, the FCC was silent after news reports alerted us that for just a few hundred dollars, shady middlemen could sell your location within a few hundred meters based on your wireless phone data. It's chilling to consider what a black market could do with this data. It puts the safety and privacy of every American with a wireless phone at risk.”

According to Reuters, a trade group representing wireless carriers in the US said that “upon hearing allegations of misuse of the data, carriers quickly investigated, suspended access to the data and subsequently terminated those programs”.

Pai also said that he plans to circulate a formal notice of liability to one or more carriers to the five-member FCC commission.