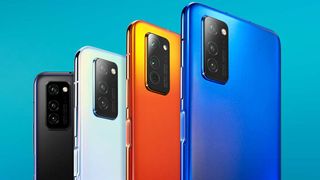 The Honor View 30 and View 30 Pro were Honor's final flagships of 2019, but if you're wondering why you haven't seen them in shops, it's because they were only launched in China. We're still waiting to hear when, or if, they get released to the rest of the world.

The two Honor View 30 phones have a lot going for them, including 5G support, high-end power, and triple-lens rear cameras. Being Honor phones they’re also likely to undercut most similar spec handsets from other brands, though exact prices and availability are still to be confirmed.

Usually Honor View phones are unveiled in China at the end of the year, then released globally early the following year, and we've heard we will see the Honor View 30 at MWC 2020 in February as the company has confirmed it. Saying that, the Huawei ban means the phones will have no Google apps (including the Play Store), so it'll be intriguing to see how popular they become if they do launch.

Below you’ll find everything there is to know about these two phones, including their specs in full. Plus, while we don’t know exactly what they’ll cost or where they’ll launch, we’ve taken some educated guesses.

That said, it’s not clear how wide an international launch they’ll get. With Honor being a sub-brand of Huawei, it’s embroiled in all the same issues with the US, meaning a launch there is out of the question.

But it also means the phones don’t have access to Google Play Services (more on which below), making them less appealing to international audiences, and in turn meaning they might not be widely released. As such, at the time of writing we’re not sure if or when they’ll land in the likes of the UK and Australia.

That’s roughly in line with what the Honor View 20 was sold for at launch, as you could buy that in the UK for £499 – and that was for a UK model, not an import.

There’s a slim strip of bezel below the screen, and as with just about all mid-range and above smartphones they have a metal frame and a glass back.

So visually there’s little difference between them and that doesn’t change when you come to the screen, as both the Honor View 30 and Honor View 30 Pro have a 6.57-inch 1080 x 2400 IPS LCD display, with a pixel density of 400 pixels per inch.

There are slightly more differences between the standard and Pro models when it comes to cameras. The Honor View 30 has a 40MP f/1.8 main sensor, an 8MP f/2.4 telephoto one with 3x optical zoom, and an 8MP f/2.4 ultra-wide one.

The Honor View 30 Pro also has optical image stabilization for its main camera, which the standard Honor View 30 doesn’t. However, their front cameras are the same, with both sporting a 32MP f/2.0 sensor paired with an 8MP f/2.2 one.

Both phones support 5G, have a side-mounted fingerprint scanner, and both run Android 10, but this isn’t full-fat Android 10, as they don’t have access to the Google Play Store, limiting what apps you can get. There’s also no access to other Google services.