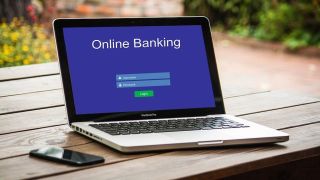 The banking industry could be set to welcome another tech giant after reports claimed Google is preparing to offer checking accounts next year through a partnership with Citigroup and Stanford Federal Credit Union.

According to The Wall Street Journal, the company is currently working on a project, code-named Cache, which will see it move beyond payments and into the banking space.

A Google spokesperson provided further details on Cache in a statement, saying:

"We're exploring how we can partner with banks and credit unions in the US to offer smart checking accounts through Google Pay, helping their customers benefit from useful insights and budgeting tools, while keeping their money in an FDIC or NCUA-insured account. We look forward to sharing more details in the coming months."

VP of product management at Google, Caesar Sengupta explained to The Wall Street Journal that the company does not intend to sell customers' data but instead it wants to help users handle more of their finances online, saying:

"If we can help more people do more stuff in a digital way online, it's good for the internet and good for us."

For several years now banks have become increasingly concerned over competition from fintech startups. However, they should have been paying closer attention to tech giants such as Amazon, Apple and Google who have the relationships with customers as well as the reach to give them a run for their money in the financial services sector.

Apple for instance recently launched its Apple Card through a partnership with Goldman Sachs while last year Amazon was reportedly in talks with JP Morgan Chase to create a checking account for its customers just as Google is now in the early stages of doing itself.

While details surrounding Google's move into banking are still scarce at the moment, expect the company to say more as we get closer to the official reveal.