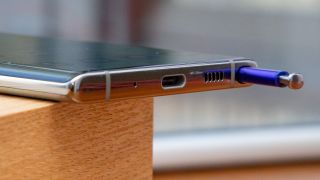 The worldwide smartphone market will finally return to growth in 2020, buoyed by the launches of 5G networks around the world – especially China.

Analysts at IDC believe shipments will increase by 1.5 per cent to 1.4 billion this year, with 5G smartphones totalling 190 million. This would represent 14 per cent of all shipments, significantly more than the 1.3 per cent share recorded for the first year of 4G shipments in 2010.

After several years of massive growth during the early part of the decade, sales have slowed in recent years due to a number of factors. Market saturation, higher prices, and a perceived lack of innovation have led to consumers holding onto their handsets for longer.

IDC’s figures show that there has been now growth for the past three years.

Manufacturers have looked to rectify the situation with new form factors, including foldables, and 5G devices. A 5G version of the Samsung Galaxy Note 10 is available in the UK for example.

The cost of 5G devices is expected to come down next year, while Apple is set to launch the first 5G iPhone at some point in 2020.

Meanwhile, operators around the world will be launching and expanding 5G networks, driving demand for compatible devices. China, the world’s largest mobile market, has just switched on 5G earlier than expected, increasing optimism within the industry.

“Recent developments in the China market along with anticipation of aggressive activity from [phone makers] have caused us to raise our short-term 5G forecast,“ said Ryan Reith, an analyst with IDC.

“There is little doubt that China will quickly become the lead market in terms of 5G volume, but other important markets like the U.S., Korea, United Kingdom, and Canada are all expected to help drive 2020 volume. The real story here is around pricing, which includes both hardware and service. We are very confident that 5G smartphone prices will come down quickly in order for this market segment to grow.”

5G will help Android increase its market share from 85.1 per cent in 2018 to  86.6 per cent in 2020 however Apple will struggle due to market conditions and because it won’t have a 5G device until the latter part of the year. One thing that will be in Apple’s favour is that it will have had a long time to gain a better understanding of the 5G market in terms of applications, features and marketing.