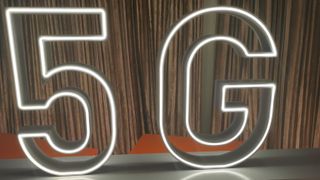 The Trump government has called on a number of top American companies, including Microsoft, Dell and others, to develop alternative 5G technology to counter Huawei.

The Chinese tech giant is way ahead of its peers when it comes to 5G technology and infrastructure, however, the US has banned the company from supplying 5G infrastructure to its telecom providers.

The US now hopes to steal back some of that ground with its own home-grown technology.

Since the US government does not want to lag behind in terms of 5G deployment, it has asked the leading technology companies and telecom providers to come up with viable alternative solutions. These companies are now developing a common engineering code that can work on machines from any 5G service provider.

This cloud-based solution is expected to replace 5G hardware supplied by Huawei. The US also wants its allies to use the same homegrown solution rather than adopting Huawei’s infrastructure.

Huawei, on the other hand, knows that it is the leader in 5G technology and its infrastructure is priced much lesser than the closest rivals like Nokia or Ericsson.

The company's chief security officer in the US, Andy Purdy said  “If the U.S. wants 5G hardware and software developed by a U.S. or European company, the government should encourage companies to begin negotiations with Huawei to license our 5G technology,” Mr Purdy said, adding that without the company’s intellectual property, “the combined product will be 1-2 years behind the comparable Huawei products in terms of functionality and assurance.”

Purdy added that without Huawei, developing a homemade technology would only slow down the deployment of 5G technology for the US and its allies.

In a related piece of news, despite the US’s clampdown, UK has recently given a nod to Huawei to build a part of its 5G network.