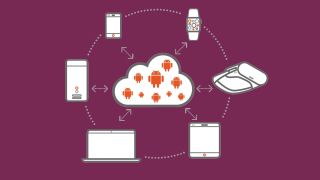 Canonical has announced a new platform called Anbox Cloud which containerizes workloads using Android as a guest operating system to enable enterprises to distribute applications from the cloud.

By providing developers with the ability to offload compute, storage and energy-intensive applications from x86 and Arm devices to the cloud, end users can can consume advanced workloads by streaming them directly to their device. Additionally Anbox Cloud provides developers with more control over performance and infrastructure costs while also giving them the flexibility to scale based on user demand.

Director of product at Canonical, Stephan Fabel explained why the company decided to provide users with on-demand Android applications via the cloud in a press release announcing the new platform, saying:

“Driven by emerging 5G networks and edge computing, millions of users will benefit from access to ultra-rich, on-demand Android applications on a platform of their choice. Enterprises are now empowered to deliver high performance, high density computing to any device remotely, with reduced power consumption and in an economical manner.”

Enterprises can utilize Anbox Cloud to help accelerate their digital transformation initiatives by delivering workplace applications directly to employee's devices in a way that maintains the assurance of data privacy and compliance. Organizations will also be able to reduce their internal application development costs by providing a single application that can be used across different form factors and operating systems.

Anbox Cloud can be hosted in the public cloud for infinite capacity, high reliability and elasticity or on a private cloud edge infrastructure where low latency and data privacy are a priority.