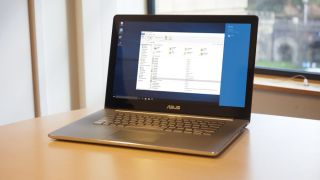 This year, ransomware has been a threat which has increasingly loomed large, and Microsoft has just been talking about how it has made Windows 10 more resilient to this nasty strain of malware with the latest major update to the OS.

The company says it has instigated considerable countermeasures against ransomware as of the Anniversary Update (which everyone should have by now, just about), and that includes beefing up Windows Defender with improved cloud-based protection.

Machine learning has been employed to enable quicker identification of malware, so emerging threats can be blocked in minutes as opposed to hours.

Defender has also benefited from bolstered behavioural heuristics for monitoring files and more swiftly taking action if they seem to be engaging in ransomware-style hijinks (as you’re probably aware, the most common strain of ransomware encrypts the user’s files, demanding a fee to unlock them).

Microsoft talked about how it has strengthened Edge, tightening things so an exploit in the browser can’t execute another program, and ensuring that Flash Player is run an isolated container (this is a common vector for all manner of infections including ransomware).

The company’s email services have also been tuned up to better catch ransomware which is delivered as attachments.

And the final piece of the puzzle is Windows Defender Advanced Threat Protection (ATP) for companies which was launched with the Anniversary Update. This uses cloud analytics and monitors for attacks, sending alerts to the IT department should an organisation suffer from some kind of infection.

Should the worst happen and a device (or devices) get hit by ransomware, the ATP console can provide all manner of in-depth details as to how the infection happened, where it has spread, and how to act to prevent it doing further damage.

Microsoft ends its blog post on this matter by reminding folks that they always need to ensure PCs have all the latest updates installed across the operating system and other software, and that everyone on Windows 10 should have moved up to the Anniversary Update (as mentioned, this upgrade should be fully rolled out by now, having taken three months to do so in a phased programme).

According to the company, over the past year, the amount of ransomware variants have more than doubled. And Microsoft isn’t the only firm to observe this meteoric rise.