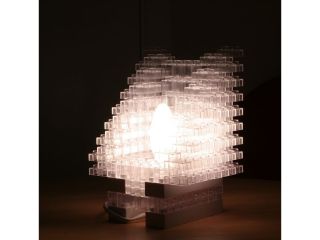 Imagine this about one hundred trillion times smaller

This could be taking energy efficient lighting a little too far - a lightbulb you need a microscope to see.

A team from the UCLA Department of Physics and Astronomy has created the world's smallest incandescent lamp - a carbon nanotube just 100 atoms wide.

Even with the best optical microscope, it is only just possible to see the nanotube. To image the filament's true structure the team uses an electron microscope capable of atomic resolution.

The physicists made the lamp to explore the boundary between thermodynamics and quantum mechanics, two fundamental yet seemingly incompatible theories of physics.

Thermodynamics deals with systems with many particles, quantum mechanics studies those with just a few. With less than 20 million atoms in total, the nanotube filament is both large enough to apply the statistical assumptions of thermodynamics and small enough to be considered as a quantum mechanical system.

Carbon nanotubes were only discovered in 1991, but using carbon in a light bulb is not a new idea: Thomas Edison's original light bulbs used carbon filaments.