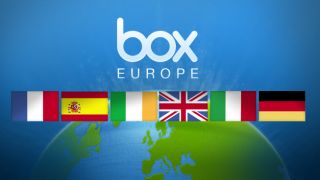 Cloud storage and collaboration via Box

US cloud storage player Box has launched in the UK, and intends to expand rapidly. The US company – a competitor to DropBox and Google's Drive - has over 11 million individual users and 120,000 businesses, among them global players with a strong European presence like Ben Sherman, Volkswagen, BAA, Procter & Gamble and O2.

While the business has just launched offices in the UK, the firm has had UK businesses on its books for some time. European customer numbers have doubled in the last year, and the European market already accounts for half of all of its traffic, and 40% of the 11 million users worldwide, and between 12 and 15 percent of its total revenue base.

The business will continue its US freemium model and paid models in the UK, but in addition it has also announced a new distribution relationship with HP - where Box software will be pre-loaded on HP PCs and laptop – as will also provide a UK direct sales team for larger clients as well as distribution via resellers for mid-market businesses.

The Box Business and Box Enterprise services are designed to allow businesses to share and collaborate on files without the need to build expensive and complicated in-house storage solutions. With Business Box it's possible to quickly create branded document portals, for a team, an organisation, a partner or the wide world. The service also offers the ability to define the access and rights to individual files, and keeps an audit trail of who has accessed and changed the files. The service also allows users to post comments and assign tasks to files and as well as setting alerts when a file has been changed.

Additionally the business versions of Box also allow users to access and upload content on any device including iPads and iPhone.

Although Box has opened offices in the UK there are still no immediate plans to open a data centre in the UK, Speaking to TechRadar Whitney Tidmarsh Bouck, Box's general manager for enterprise products said "Salesforce are a partner and investor in the business and at the moment they don't have a data centre in the UK" adding "We also use content delivery networks to increase our performance and we have relationships with Akamai, and Edgecast and we're adding a third network."