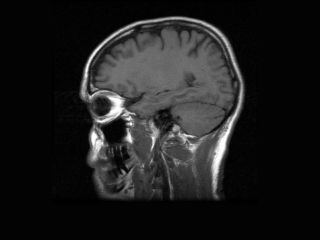 By scanning the prefrontal cortex, scientists were able to monitor electrical activity to predict decisions which were about to be made

A group of brilliant German scientists have invented a machine that can literally read people's minds. Building on existing MRI technology, the gadget focuses on the prefrontal cortex area of the human brain. From there it can predict the decisions a person is going to make before they have been made.

Using similar techniques, scientists have already been able to predict what physical movements a person is about to make. But this is the first time that the technology has been able to foretell a person's decisions.

Subjects were put into the test machine and asked to perform a number of tasks, unaware that the researchers were attempting to read their minds. Scientists were able to predict the subjects' decisions by monitoring brain activity within the prefrontal cortex.

Tanja Steinbach, a 21-year-old student from Leipzig, told Associated Press: "It's really weird. But since I know they're only able to do this if they have certain machines, I'm not worried that everybody else on the street can read my mind."