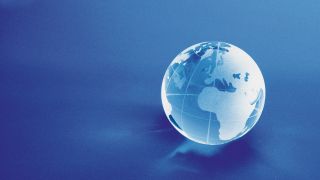 A new report by Greenpeace USA has found that Apple, Facebook and Google are among the greenest technology companies and are driving a major shift towards the use of renewable energy within the industry. The report suggests that Amazon could be doing much more to source clean energy.

Clicking Clean: How Companies are Creating the Green Internet considers the power that tech companies have in driving the uptake of renewable energies. It looks at the energy choices that have been made by 19 major Internet companies and examines their electricity supply chains of more than 300 data centers.

Among the best performers, the report notes that Apple uses 100% renewable energy to power its iCloud service and also operates the largest privately owned solar installation in the US.

Apple has previously been praised by Greenpeace for improving its clean energy efforts. The report also notes that Apple, Facebook and Google have all influenced energy providers to produce more clean energy and have clear green electricity policies in place.

The report states, meanwhile, that only 15% of electricity used by Amazon Web Services is sourced from clean means and that the services growth is, "fueling the increased use and construction of coal and gas-burning power plants."

Amazon Web Services is flagged up in particular due to it being used to power a large number of sites across the web, including Pinterest, Netflix, Spotify, Tumblr, AirBnB, Yelp and Vine. Twitter is also cited as lacking transparency about its energy footprint and failing to source clean electricity.

"Apple, Facebook and Google are powering our online lives with clean energy, and building a greener offline world for everyone in the process," said Gary Cook, a senior IT analyst at Greenpeace. "These companies have proven over the past 24 months that wind and solar energy are ready and waiting to power the internet, and the rest of our economy, with clean electricity."

The report calls on major Web companies to commit to using become 100% renewably-sourced powered, provide transparency about their energy footprints and develop strategies for increasing their supply of renewable energy.